Women lined up in a long queue at the tanker with colourful plastic pots for 2-3 hours to receive their daily share of water. This is the everyday scenario in the village of Durdakunta in Kalyandurg region of Anantapur. This village has always faced severe water scarcity, a situation that aggravates with each passing year.

India is heading towards an unmanageable water crisis. The Composite Water Management Index (CWMI) report released by the NITI Aayog in 2018 states that India is currently suffering from the worst water crisis in its history with over 600 million people facing high-to-extreme water stress.

The report also states that 21 major cities such as Delhi, Bengaluru, Hyderabad will run out of groundwater by 2020, affecting 100 million people. The ongoing water crisis in Chennai, one of the first cities in India to declare Day Zero, which is when most taps are switched off so people mostly have to rely on public water pumps, is a testimony to this calamity.

Anantapur is a chronic drought zone but in the past twenty years, the situation has been particularly severe wherein the district has had only two years of normal crop. People in Anantapur are primarily involved in agriculture and over the years, the scanty rainfall increased their dependence on groundwater extracted through borewells.

According to MallaReddy, Director of AF Ecology Centre, Anantapur has close to 270,000 borewells though the carrying capacity of the district is 70,000. And almost half this huge number are dry this year.”

The residents of Durdakunta who have been relying more on borewells than the public supply confirmed this as they are unable to find water even at 500 feet. “Since childhood, I have seen my village in distress due to lack of water and it continues”, says Mallesh, a daily agricultural labourer.

April to June have been tough but the problem has worsened in July and August since it is mid-kharif season and while many parts of the country receive rainfall, Anantapur has been devoid of it. Not only for agriculture but water for consumption and daily usage has been scarce too. The local government provides water once a week through tankers but that has been insufficient.

In dire need and desperation, the Community Development Committee (CDC) of Durdakunta approached the neighbouring village of Batvanpalli who have a Gram SwarajyaNidhi (GSN) fund.

The GSN scheme was started as a pilot project in mid-2000s in few villages wherein a fixed amount was deposited and the interest from it could be used for the common needs of the village.

The residents of Batvanpalli readily agreed to utilize their GSN funds to provide water through three tankers for 1000 families in Durdakunta everyday in the month of July and August. They use this water mainly for drinking and cooking while water obtained from public sources is used for other purposes.

10 years ago, Batvanpalli reeled under the same serious crisis as Durdakunta. “We know what it means to not have water. RDT came to our rescue 10 years ago by arranging tankers and constructing check damns and borewells for farmers. Everybody needs water. That’s why we didn’t hesitate when they approached us,” says Rathnamma, a farmer in Batvanpalli.

For the residents of Durdakunta, this has been a significant respite. “They are like God for us,” exclaims Padmakka, a home maker. The stress on water resources forced many, including the youth, in the village to migrate to nearby cities like Bangalore in search of work as there was no agricultural work to do.

Those who continue to live in the village are looking into alternative livelihoods like animal rearing but the lack of water has affected availability of fodder in the market, too.

But the beacon of hope is the solidarity among the villages who are readily reaching out to those struggling for water and have no GSN funds of their own. From January to June, RDT facilitated water supply to over 12,700 families in 55 villages. Out of these, the GSN funds were used for 31 villages. However, 83 villages are still in dire need of support, especially for drinking water.

If you wish to contribute towards providing drinking water for these villages, please click to donate here: 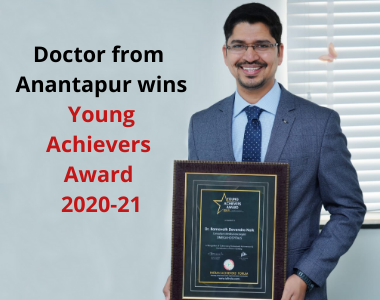 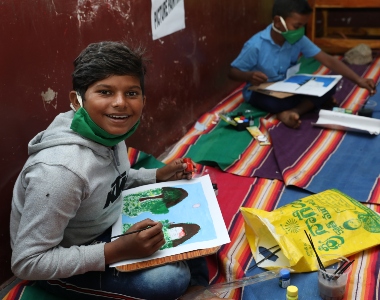 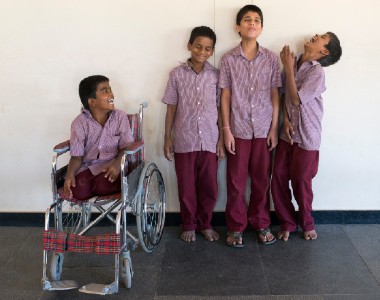 
Back to school: The online way 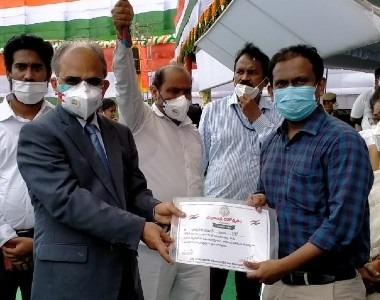