The relentless struggle in Anantapur

In the past 20 years Anantapur has faced 18 years of drought and only two years of normal crop! The unprecedented consecutive drought affects about 7 lakh farm households in Anantapur district every year. The livelihoods of the farmers are entirely dependent on rainfed agriculture or ground water irrigation which is again to be recharged by the rainfall. The ever increasing cost of cultivation, healthcare, education of children are adding to their indebtedness and poverty. In such times, these drought-hit farmers have migrated or resorted to daily wage labour in large numbers. 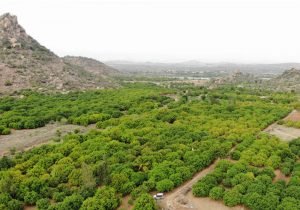 For centuries, Anantapur district has been known for droughts. However for the past 20 years, climate change and unsustainable agricultural methods have added to the woes. The number of rainy days useful for agriculture have come down from about 25 to 15 in a year and the dry-spells have increased, to even lasting 45 days of no-rain in the crop season.  The temperature variations and prolonged summers are more common affecting the crops adversely while the cost of cultivation has multiplied.

RDT initiated several programmes to tackle these droughts and address farmers’ distress. These programs mainly aim at increasing the natural resource base in order to mitigate drought prone-ness and desertification and enhancing the efficiency of farm production at household level in order to increase the output.

At the macro (district) level, RDT works towards improving  the natural resources like conserving soil, water and vegetation wherever feasible at landscape level. Various activities such as soil and moisture conservation, rainwater harvesting and increasing the green cover to reduce evaporation and increase biodiversity have been undertaken.

Despite their hardships the farmers have actively participated in planning and implementing these measures and have also shared 2 to 5% of the costs.

Towards sustainable livelihoods for farmers

It is equally important to work at the household level in order to enhance the efficiency of farm production. Such interventions will help farmers to not only cope with adverse effects of drought and climate change but also ease them from perpetual indebtedness and poverty.

By intensively promoting tree based horticulture (fruit-tree cultivation), RDT has helped about 60,000 families to grow close to 10 million fruit trees! The fruit trees promoted are drought-resilient and are less vulnerable as compared to short duration annual crops like vegetables and grains.

This intervention has provided resilience to drought and  a more dependable source of income. It also brings an environmental change in land use from short duration annual crops to perennial tree crops. These tree crops enhance the green cover and bio-diversity and reduce the exposure of land to sun and wind. Thus combating desertification in the long term.

Considering the benefits, RDT also advocated to the Government to adopt horticulture programmes particularly for rain-dependent farmers. RDT also works with the Government to supplement efforts and mobilises government resources for such initiatives.

To reduce the farmer’s reliance on agriculture for income, RDT has promoted animal rearing and dairy as an add-on livelihood. Meat and milk production has provided additional and regular income to the farmers and prevented them from migration and indebtedness.

When the farmers cannot cope with the fodder shortage, they resort to distress sale of sheep, goats, cows and buffaloes. Once sold, it becomes difficult to buy them again.

Drinking water for people and animals:

The need for such activities in Anantapur is so extensive and serious that for both Government and RDT together it would still take several years.

When Vicente Ferrer first saw the desert-like Anantapur landscape, his dream was to see it as a lush green garden.  By working together on measures that are environmentally sustainable and efficient for farmers, it is possible to make this dream a reality! 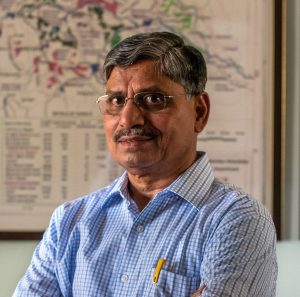 Dr. Malla Reddy is the Director of Accion Fraterna Ecology Centre and specialises in rural development and drought management thanks to a Fulbright Fellow – IAELP (Indo American Environmental Leadership Program) in the United States. He has a master’s degree in Business Administration and Management in the United Kingdom and a doctorate in management from the S.K University (Anantapur). His association with RDT began more than 40 years ago. He is part of several government commissions on environmental matters and has been awarded nationally and internationally for his work in the fight against climate change and desertification in the Anantapur district. 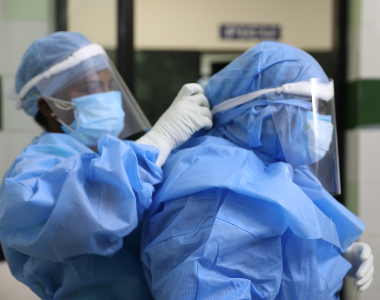 Nurses: A beacon of hope during this cr... 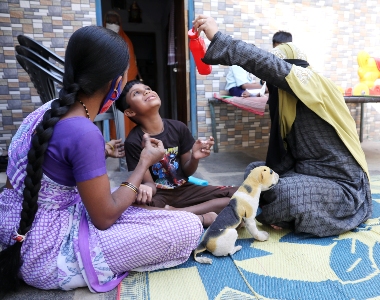 My day as a therapist for children with... 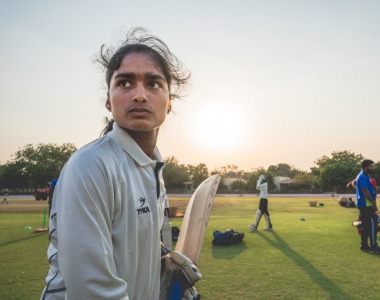 Ensuring the right to play